THE FUTURE OF SATELLITE INTERNET 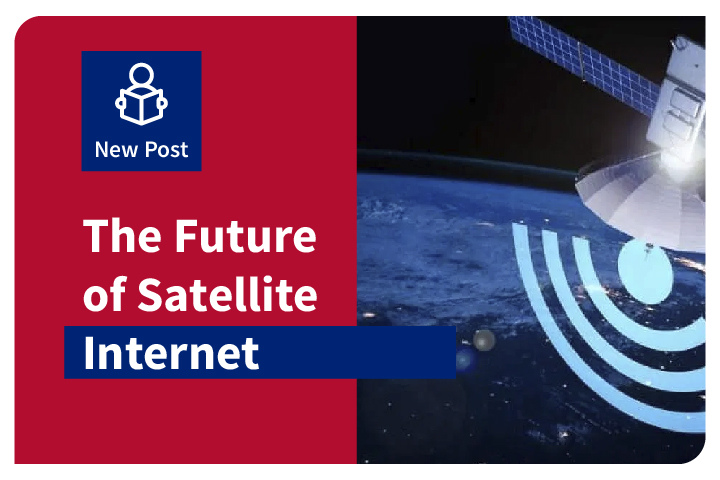 For years satellite internet has been known for being an expensive and slow alternative. However, with technology evolving and improving constantly that is no longer the case. Satellite internet already outperforms dial-up and some DSL services, but with new technologies arriving it could even par with cable or fiber internet capabilities which means that sooner high pricing and slow speeds might become history.

Nowadays cable internet covers about 89% of the U.S. and fiber is available to only 41% according to the Federal Communications Commission (FCC), this means that millions of Americans do not have access to broadband and that satellite internet instead of being the “last resort” might become a good alternative to achieve faster connection and broader coverage especially for those living in rural areas, where cable or fiber-optic is not available.

There are many benefits that we can expect from low earth orbit (LEO) satellites, here we will review some current benefits and limitations of satellite internet, and how the new LEO technology can improve and solve its shortcomings.

Unlimited availability, Wi-Fi connectivity, and fast speeds for streaming services are some of the benefits of satellite internet. Here are some others:

Low Earth orbit (LEO) satellites might be the solution for the current shortcomings of satellite internet, with a troop of high technology satellites flying near to earth, we could enjoy the current benefits of satellite internet while eliminating, or at least reducing the problems that have historically come with it. LEO satellites will be capable of delivering fast speeds equaling other connection types, and thanks to their lower proximity to Earth latency issues will reduce to the minimum.

There are certain companies like SpaceX, OneWeb, Boeing, and Telesat that lead this project making use of new and advanced technology aiming to reduce the cost of manufacturing and launch a large number of satellites in the coming years, being SpaceX the first to launch series of them last year, however, no details of service or Internet plans have come out so far.

To reduce the cost of manufacturing, OneWeb claims that automation will enable them to manufacture up to three satellites per day, at a cost of only $1 million per satellite while a normal communications satellite could cost up to $150 million. Lower initial and ongoing operating costs could help lower the price of satellite internet for consumers. While SpaceX will make use of its reusable rockets which can carry up to three satellites per launch, in order to launch a large number of them.

Satellite internet is far more capable than cable or fiber of reaching remote locations. With thousands of satellites orbiting the globe, rural areas and developing countries all over the world could have access to broadband internet. But these are good news not only for rural or remote areas with little access to internet options but for internet subscribers everywhere, including large urban areas. If satellite internet can deliver faster speeds and lower latency, it could become as appealing as cable or fiber, no matter the market. Satellite internet is arguably advancing faster than any other internet service type.